You can’t ignore the LittleBigPlanet in Little Nightmares II. Tarsier Studios may have turned to horror with its eerie 2017 puzzle platformer Little Nightmares, but the Swedish studio’s body of work largely involves Sackboy, and he hangs over this gloomy PlayStation 4 sequel like an ominous shadow. Mono moves like Media Molecule’s mascot, grabbing onto objects in order to solve physics-based puzzles. At twice the length of its predecessor, this sinister sequel has plenty of memorable moments, but it’s let down by an overemphasis on trial and error.

Where the original was set entirely inside an otherworldly, underwater cocoon called The Maw, this follow-up attempts to explore more of the world outside it. You’ll play as a little boy called Mono, who awakens in a forest filled with discarded televisions. As with games like INSIDE, without any dialogue, the narrative is told through its imagery; it’s down to personal interpretation, and while essays will no doubt be written about its recurring themes, we saw it more as a montage of hellish locales, connected by a consistently bleak art direction. 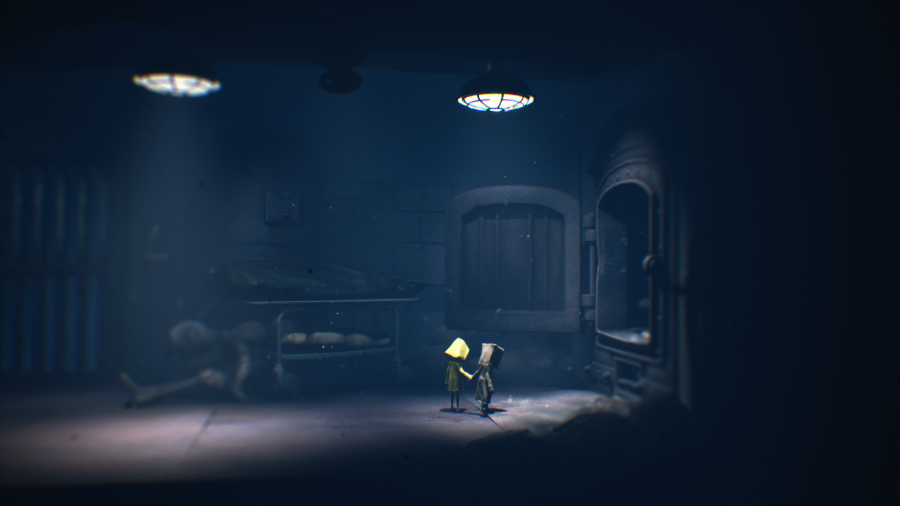 It’s this artistry that’s without a doubt the title’s strongest asset. As you progress through the aforementioned woodland, you’ll find yourself pursued by a gamekeeper wearing an executioner’s mask, but he’s merely the warm-up for some of the truly wretched adversaries you’ll encounter along the way. These characters are brilliantly animated; the way they move is unsettling, and they’re a constant threat, making for some pulsating stealth-like encounters. Given your obvious disadvantages, the game lays some truly entertaining traps, which makes discarding them a treat.

While you never play as previous protagonist Six over the course of the seven hour campaign, she does return as a computer-controlled accomplice. This makes for some interesting puzzle encounters, where you must work together in order to solve problems; sometimes it’s as simple as asking her to boost you to unreachable places, other times you’ll need to split up in order to complete complementary tasks that help you discover new areas. The artificial intelligence is generally good, and unlike games such as The Last Guardian, you’ll never feel like you’re fighting the underlying code.

That said, the release relies far too heavily on trial and error, and it’s overwhelmingly finicky at times. While there are some really original puzzles here, it can feel rigid in how you solve them; there’s little room for exploration of its mechanics and physics, as you need to follow the exact set of steps that the designer wants you to in order to progress. This can be frustrating, as you’re ultimately limited by what Mono can and can’t do; you may see obvious solutions to your problem, but the game won’t allow you to explore them if they’re not the “correct” answer. 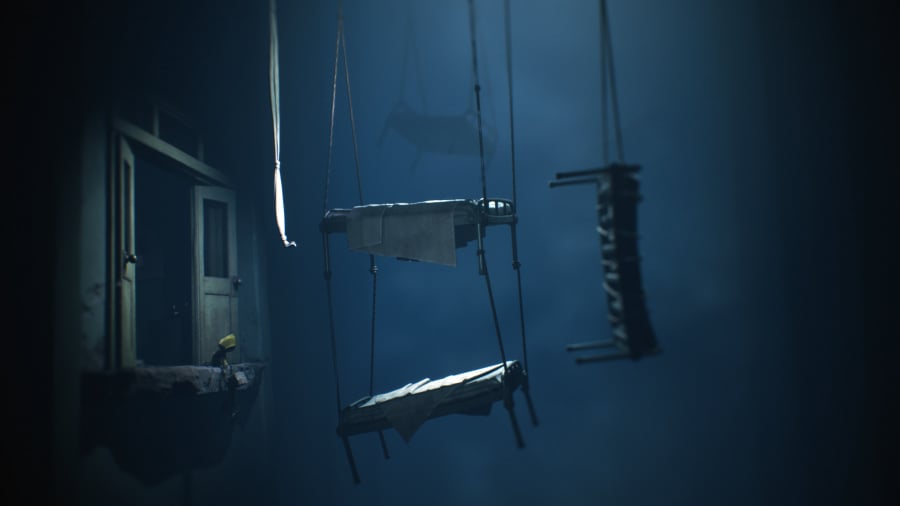 This irritation can extend to action sequences as well, whereby you’ll be chased or need to engage in combat. Mono can drag items like hammers and pipes and swing them at enemies, but if you miss it’s instant death, and so you’ll be forced to repeat skirmishes over and over until you get the timing down exactly as the game wants it. The overall running time may be double that of its predecessor, but we generally found that we had to replay each scene at least twice, because there was some kind of unpredictable trap waiting to trip us up.

To the game’s credit, restarts are rapid, but this can be an unpleasant game to interact with. The controls, which are purposefully slow and heavy, keep your fingers on the triggers a lot – and we experienced a lot of cramping in our hands, which hasn’t occurred to us since the old Monster Hunter on PlayStation Portable days. When you’re replaying segments over and over, the gameplay begins to gnaw away at you, and if not for the draw of the art direction, there were occasions where we wanted to stop playing. A native PlayStation 5 port is planned, and we’d encourage the developer not to implement the DualSense controller’s adaptive triggers for that version. 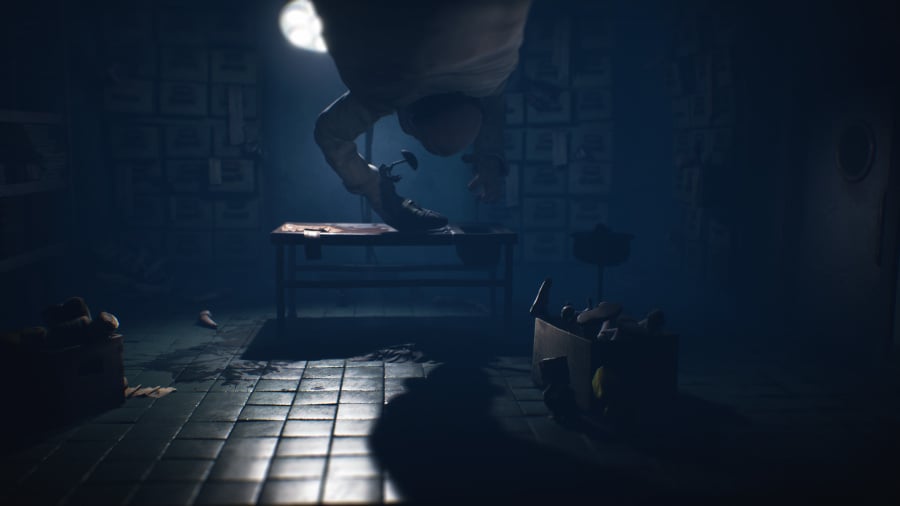 But it’s not all bad: as alluded to, there are some truly heart-stopping moments here. A jaunt through a school cafeteria, where you cover your face with the cracked porcelain skull of a fellow student, really gets your pulse racing, while a series of teleportation puzzles involving televisions tax your grey matter in interesting ways. There are some really clever ideas on display, and when you pair this with the unsettling look of the world, you’ll want to see it through to its conclusion – even if sections undoubtedly grate.

Little Nightmares II is worth experiencing for its art direction alone, although its hand cramping controls can be an obstacle at times. The title relies far too heavily on trial and error, which frustrates, but many of its encounters will live with you long after the credits roll, and so it’s successful at creating a lasting impression. It’s a stiff and rigid release, but its puzzles are constantly reinventing themselves, and each frame draws you in with its surreal and unsettling imagery.

Tormented Souls Is Coming To PS5 In 2021, PS4 Model Has Been Cancelled

One other Bloodborne Producer Has Introduced His Departure From Sony

What To Do With Zombie Essence In Name Of Responsibility Zombies...

The Way forward for Franchise Mode in MLB The Present 21...

Sony PS5 to have Samsung’s DDR6 RAM (Presently in Manufacturing)

The Masquerade of Liars Returns!