BlizzCon 2021 included a lengthy behind-the-scenes look at Overwatch 2, with Blizzard showing off new maps and discussing changes to gameplay.
Game director Jeff Kaplan explained his aim for “Overwatch 2 to feel like the next evolution. A true sequel to the first game, not an add-on,” adding, “it’s not a small part, it’s not an extension of the original game, this is an evolution and a replacement to the original game.” Near the start of the video we get a look at the Rome and New York City maps, with the devs discussing the architectural ideas behind their recreation of Rome, and their hope that players will recognise parts of New York City. Over on the Overwatch site, Blizzard described the “romantic old-world architecture and emblematic locales like the Coliseum and the Seven Hills with futuristic tech” in Rome, while New York City “mixes a high-tech vibe with the familiar bodegas, fire stations, and mom ‘n pop pizza shops authentic to the city.” Also mentioned were the Overwatch animated shorts, with the devs hoping to bring that same “cinematic experience” into the game. 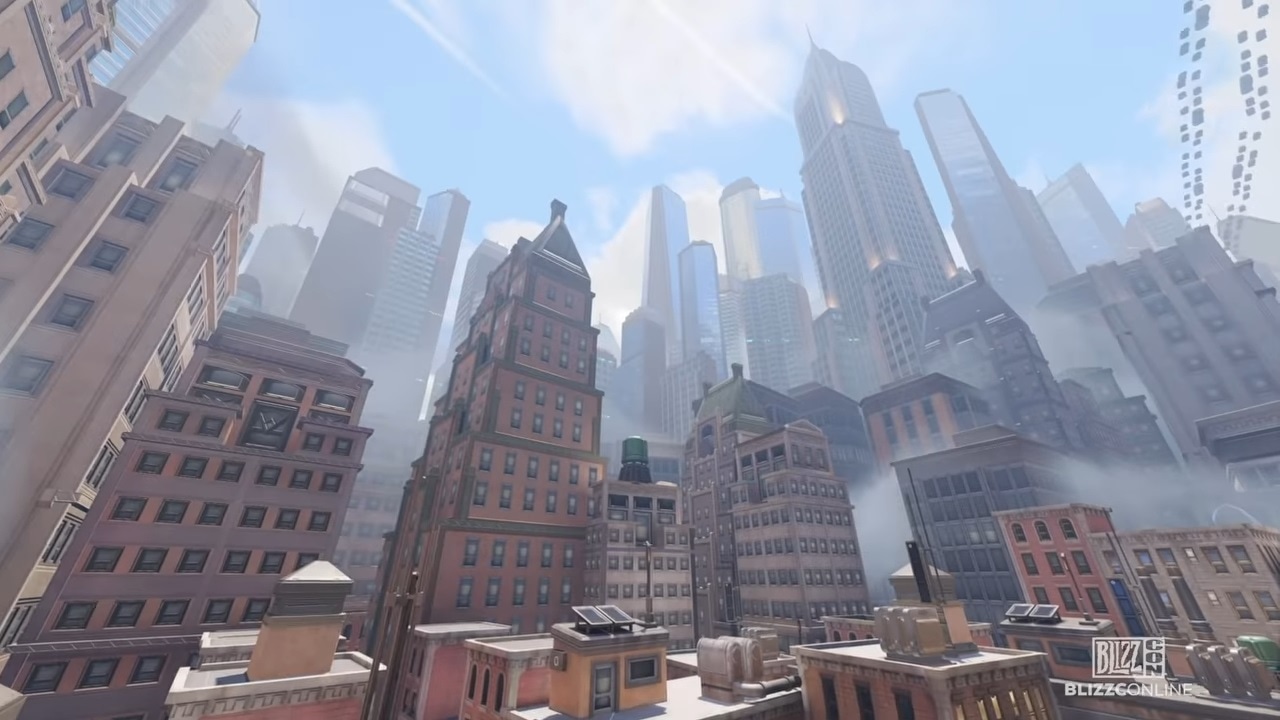 Overwatch 2 will bring new heroes, game modes, and “major story beats.” The devs are currently experimenting with the idea of Role Passives: “passive abilities that a hero can have based on what role they are,” for instance, “damage-dealing heroes” could have a bonus to movement speed, while healing heroes might benefit from automatic healing if they haven’t taken damage for a while. Meanwhile, they’re considering changing the Tank role to be more like “toe-to-toe brawler” — Reinhardt, for example, might have two charges of Fire Strikes and the ability to cancel charges.

Hero Missions were described as “co-op PvE experiences” expanding on the co-op PvE introduced with seasonal events. The devs aim to make “hundreds of new worldwide assignments,” with the player levelling up heroes through a progression system with different skills “in an RPG-esque manner.” There will be different types of missions and different challenges to face like objective units, elite units, and responsive attacks, but the Hero Missions can take place in all multiplayer maps. Associate game director Aaron Keller added that there will also be “new spaces” on some of these maps — including King’s Row, which we get a glimpse of in the video above. Overwatch 2 will also bring visual updates to each hero, as well as an expanded story through “story missions, in-game cinematics, a branching dialogue system that brings heroes to life with banter, and lore-rich new maps to explore.” There was no news of a release date but the 40-minute video above does give some interesting glimpses of what’s to come, including new hero Sojourn and her railgun weapon. What do you think of what we’ve seen of Overwatch 2 so far? Let us know in the comments!

How Batman Is Serving to Broaden the Fortnite Multiverse

If you happen to’re new to Xbox, or simply do not find out about it but, join Microsoft Rewards! : xbox

Agency Behind DualSense Drift Lawsuit Needs Customers to Decide Out of...

Zenith Is an Anime-Impressed MMO Designed for PSVR

Ripley and the Alien Xenomorph Be a part of Fortnite

Sugar Glider Journey Away: The Survival Collection is Coming to Xbox...